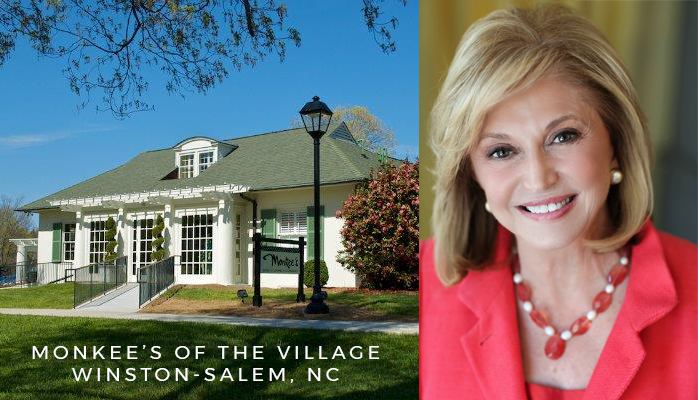 REINVENTION BY PURSUING A PASSION

From Teacher to Boutiques Franchise Co-Owner

You might call the career switch of Brenda Maready, now 73 and anything but retired, a bit of Monkee business.

Maready, of Winston Salem, N.C., began her career teaching fifth grade in the late 1960s. She left that work to raise three children and began thinking of doing something entrepreneurial when her son was finishing high school and Maready and her husband were about to become empty nesters.

A long-time lover of handbags and shoes, when Maready walked into a Monkee’s shoe shop in Wilmington, N.C. in 1997, she became enthralled with it. At dinner that night, she told her husband: “I want to open a shop just like Monkee’s in Winston Salem.”

The couple invited Monkee’s owner DeeDee Shaw and her spouse to dinner and, on a napkin, Maready’s husband drew up a contract as a licensee. The partnership was born.

As a new Monkee’s owner, Maready had to master many skills — including using the computer, buying merchandise and understanding fiscal constraints. But the store prospered.

After three years, Maready’s Monkee’s transformed into a fashion boutique with an inviting atmosphere. The store offered refreshments including lemonade and coffee and its employees were instructed to “greet each customer immediately, to welcome them,” Maready explained.

In fact, the store was so successful that Maready and Shaw formed a more serious partnership and turned Monkee’s into a franchise. Maready is now co-owner and managing partner for Monkee’s Franchising and owner/operator of Monkee’s of the Village.

“Over 20 years, my partner and I have never had an argument,” Maready says. They now run 25 Monkee’s franchises, in North Carolina and nine other states.

Maready isn’t interested in retiring. “When you love what you do, you never go to work,” she says. The most gratifying aspect of running the business, Maready adds, is the “people and relationships you build. Whether they are our sales associates, customers, or vendors, they become like friends, which is very satisfying to me.”

Originally published by Next Avenue, as seen on Forbes.com. Excerpt above, read entire article here.
By Gary M. Stern, Next Avenue Contributor